WAKE UP AMERICA! WAKE UP TO THE SERPENTS YOU HARBOR IN YOUR MIDST AND HELP FLOURISH

Watch the Hamas and Fatah supporters in Minnesota go at each other. Terrorist Freak show -Here in America. Worse yet, Muslim Congressman's Keith Ellison, whose trip to the Hajj was paid for by the Muslim Brotherhood project, speaks to the crowd. Imagine that, a U.S. Congressman attending a pro-jihad rally -- but he couldn't control the crowd and it got nasty. And now reports have it that (pro-Moslem biased) OBAMA intends to cancel/override an FBI directive for agents and elected officials to avoid talking to CAIR (Council for American Islamic Relations representatives) and thus bring CAIR back into peddling influence and under Obama's protection continue helping terrorist organization HAMAS without hinderance or opposition from our government!!!!!!!!!!!!!!!!!!!!!!
WAKE UP AMERICA! PLEASE!
What have you done to us in your naive ignorance?
What are you doing to us today in supporting our "enemy in chief" as he puts us at increasing risk on a daily basis?
He is dismantling our economy, our security, our culture, our religion (except the Islam he protects) and our ability to survive into the future.
Some States are beginning to revolt financially against the new Federal Government just as some cities are doing a fiancial Boston Tea Party against their State Governments.
Some U.S. cities have begun to issue scripp (local "money") valid only in local stores and businesses to keep business/trade insie the city. (Basically a form of barter).
No wonder! They can see Obama's "stimulus" help pay back his cronies and his Moslem election financers and only those.
Hundreds of millions, for example, have been allocated to build new schools in a State that has over 20 empty school houses and buildings and definitely does not need more.
Other infrastructure projects will not create new jobs or form a stimulus as it will use EXISTING State employees on the projects so may protect them but nobody else. Certainly not anybody new hire.
Internationally some countries have started to use barter instead of money to obtain food shipments from other countries.
This should be a warning call to you all. 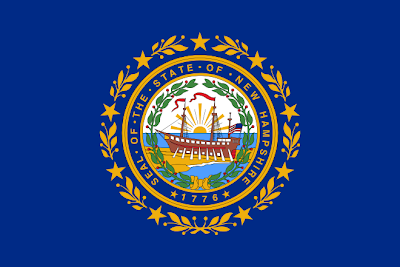 The New Hampshire state legislature took an unbelievably bold step Monday by introducing a resolution to declare certain actions by the federal government to completely totally void and warning that certain future acts will be viewed as a “breach of peace” with the states themselves that risks “nullifying the Constitution.”

This act by New Hampshire is a clear warning to the federal government that they could face being stripped of their power by the States (presumably through civil war!

The remarkable document outlines with perfect clarity, some basics long forgotten. For instance, it reminds Congress “That the Constitution of the United States, having delegated to Congress a power to punish treason, counterfeiting the securities and current coin of the United States, piracies, and felonies committed on the high seas, and offences against the law of nations, slavery, and no other crimes whatsoever;. . . . . therefore all acts of Congress which assume to create, define, or punish crimes, other than those so enumerated in the Constitution are altogether void, and of no force;”

The gazzillion other federal criminal laws that deal with anything other than the specific enumerated crimes? ALL VOID.

One would think that if any lawyer anywhere in the entire country was worth his salt, all federal criminal trials would have ended years ago. This seems to prove that most lawyers are dullards.

New Hampshire deals a complete death blow to the pending federal hate crimes legislation by pointing out “That, therefore, all acts of Congress of the United States which do abridge the freedom of religion, freedom of speech, freedom of the press, are not law, but are altogether void, and of no force; . . . .

Thank you Alan for keeping us awake! None of these things make the main stream media! We'd remain in the dark without your invaluable contributions. You are providing us with the greatest selfless service!Thank you!

Hi, Alan,
Where can I learn more about Obama reversing the FBI decision to drop relations with CAIR?
Jennifer
ACT! MV