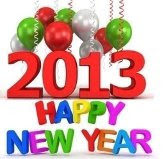 Just a bookmark to mark my presence
in an increasingly corrupt and disgusting
Obamaslamic biased America
where "our" pResident is an active member
of the terrorist Moslem Brotherhood
and America's most dangerous,
ruthless, narcissistic enemy
operating against us
from inside our White House!
Posted by Alan Peters at 10:01 PM No comments:


Iran’s Revolutionary Guard is alive and well in the U.S. and the country’s law enforcement officials ignore them at their peril, according to former U. S. Air Force officer Steven O’Hern.

O’Hern says that the Revolutionary Guard, long an influential factor in the radical Islamic regime in Iran, does most of its surveillance and intelligence gathering through its proxy force, Hezbollah, considered by many to be a terror group.

“In the United States, the Revolutionary Guard uses more than one approach. Hezbollah operatives and sympathizers are present in large numbers in many parts of the United States and actively conduct reconnaissance missions that develop information, photographs, and diagrams of federal buildings, and infrastructure targets,” O’Hern said.

“Those targets include such things as water utilities or electrical substations, and other potential targets to give the Guard the ability to quickly order a terrorist strike in our homeland,” O’Hern said.

He explains that the Revolutionary Guard is working through Shi’a mosques around the United States as well as the nation’s Lebanese immigrant communities.

WND previously reported that a former Iranian official who has knowledge of Iran’s terror network estimated there are more than 40,000 of the regime’s security, intelligence and propaganda forces in the West, largely in friendly South American nations.

And WND has reported that Muslims are using mosques, including some in the United States, as terror command centers.

It is the Guards’ intelligence office that runs financing, recruiting and other strategies through Islamic centers and mosques, including some in New York and Ohio.

And as early as several months ago, the Guard threatened to bring its war to the shores of the United States.
O’Hern, who has written “Iran’s Revolutionary Guard,” about the issue, said the primary mission of the Iran Revolutionary Guard and its Hezbollah proxy is to weaken the U. S. national security.

“In the United States, the Revolutionary Guard and Hezbollah have a long-term mission of gathering intelligence on homeland targets and maintaining the capability to deliver multiple terrorist attacks if the IRGC chooses to do so,” O’Hern said. “I say ‘maintain’ because the Guard has already developed it.”

He said attacks could be ordered in retaliation if Iran’s nuclear program is hit, or, “Sleeper cells could even be ordered into action if economic sanctions were so successful that the regime was in danger.”

“Attacks against the U.S. homeland are only one place where the IRGC can strike – it also can attack U.S. troops and facilities in Afghanistan, Africa, Europe, all of which are closer,” O’Hern said.

O’Hern’s findings are affirmed by the analysis of a former Defense Department analyst who has asked not to be named for security reasons. The analyst points to the major Arab-American communities in the major cities, especially in Dearborn, Mich., and the San Francisco Bay area.
“It is my sense that IRGC will rely more on Hezbollah in the U.S. than having their own operatives here. The reason for that is Hezbollah presence is primarily through the concentration of the Arab-American communities, mainly Lebanese, throughout the U.S., such as in Michigan and elsewhere,” the source said.

Former FBI counterterrorism officer and Islam analyst John Guandolo agrees that the Revolutionary Guard has a presence in the United States, and it operates through the major Shi’a communities.

“This is the Iranian government’s military activity in the U.S,” he said.
Guandolo, who established Guandolo and Associates in 2012, says that when it comes to working to undermine non-Muslim countries, Shi’a and Sunni Muslims work together.

“We do know the Sunni and Shi’a groups that are hostile to the United States are working together. In Lebanon, Iraq, and other places we see Hezbollah, by Iran, and Hamas with al-Qaida, working together on the ground,” Guandolo said.

“In the United States, the largest Muslim Brotherhood organization, the Islamic Society of North America, put forth the ISNA Code of Honor which says Sunni Muslims will not challenge other Muslims, the Shi’a, on their Takfiri, their legitimacy,” Guandolo said.

“All Muslims are focused on a similar goal. In other words, the Muslim world is working towards one goal right now and they have written agreements and are working on the ground around the world together,” Guandolo said, “So, yes, Hamas, CAIR works with Hezbollah, which is basically the IRGC.”

“That is similar in Africa and Latin America. Like Iran, Hezbollah is mainly Shi’a, although it will have some Sunnis and even some Christian Lebanese who are sympathetic here,” the former Defense Department analyst said.

“There is a major Hezbollah contingent, for example, in Canada. It would be much easier for Iran to work through them and the extensive Lebanese communities throughout the U.S. than to seek to establish a major independent presence,” the Defense Department analyst said.

Still, he said, it’s possible that the IRGC itself may have operational units working in the United States.

“However, I don’t doubt that IRGC may have some operatives here acting as liaison with the Hezbollah elements here. In Lebanon, the IRGC presence is more open with representatives working out of the Iranian embassy in Beirut,” the Defense Department analyst said.

A former CIA station chief agrees, concluding that in the final analysis, Muslims will work together in combating their major enemy, the United States.

“Like al-Qaida in Sunni mosques, any Lebanese Shi’a or Hezbollah member here is a de facto Iranian Revolutionary Guard Corps terrorist. Some 20 percent of all mosques in the U.S. are Shi’a, therefore they are de facto representatives of the Revolutionary Guard,” the former CIA station chief said.

O’Hern says that the IRGC and Hezbollah fund their operations through a set of illegal activities.

“Hezbollah harvests large amounts of money from the United States to support its operations – millions of dollars from criminal enterprises such as narcotics trafficking, the sale of counterfeit goods, and financial crimes are sent back to Hezbollah from our country every year,” O’Hern said.

WND reported in September 2011 that IRGC proxy Hezbollah had been suspected of funding operations by raising money through the network of U.S. Shi’a mosques located in cities with large Lebanese immigrant populations.

Former Air Force and State Department security officer Dave Gaubatz says it appears the reason for raising money is to give money to Hezbollah.

The FBI and the IRS were unavailable for comment on this story. Congressional representatives and federal regulatory agencies also contacted about the issue either referred WND to another office or refused comment.

OBAMA, IN HIS BIASED PRO-SLAMIC FERVOR HAS FORBIDDEN THESE AND OTHERS IN HIS ADMINISRATION FROM LINKING ANY FORM OF ISLAM TO TERRORISM OR EVEN MENTIONING IT IN TRAINING MANUALS, SO THOSE CHARGED WITH LAW ENFORCEMENT HAVE LITTLE OR NO ABILITY TO RECOGNIZE LET ALONE OPPOSE TERRORISM. OR IMPLEMENT COUNTER-MEASURES WITHOUT RISKING THEIR JOBS!