OPEN LETTER TO NANCY PELOSI FROM A WOMAN INSIDE IRAN

BILINGUAL LETTER RECEIVED - FARSI VERSION click here (all in one long text - paragraphs by AntiMullah) Dear Mr. Allain Peter, I heard that Mrs. Nancy Pelosi is coming to Iran. Of course we Iranian know why. Please help us to reach Americans and give our message to whoever listens to us. Mrs. Nancy Pelosi wants to come to Iran, Who doesn’t know why? Who doesn’t know it is a long time that the road to white house is passing through Ayatollah’s door step. Thanks to some stupid American diplomats. Who doesn’t know, that time and again, these stupid politicians, act fast to implore and kiss the Mullah’s ass. An example is Mrs. Albright’s stupid Apology that cost her to be scorned by the Mullah’s. These politicians made it clear to the Mullah’s that we are not in power any more, and you are in control. You are the real supper power and we are a puppet in your finger’s tip. Please have mercy and send us to white house. She is coming to accept the Mullah’s request of years, the same request that some honorable politician did not accepted. She is coming to do a despicable acceptance in hurry to sell every right Iranian people as a human have especially Iranian women, for Mullah’s help on sending them to white house . Shame on her. Nancy Pelosi forgot that right after 9/11 these same honorable people under such a savage regime came out to the street with candles to send their condolences to American people and this regime tortured them for it. Now Nancy Pelosi is coming to auction all the human rights these innocent people may have. Who doesn’t know what the Mullah’s asked during these years? They send their meassages with every linkage to U.S and now she is going to use it for reaching to the white house. The Mullah’s sent a clear massage 1- Support our terrorist, tyranny, inhumane regime. It means do not let any sound of opposition in your soil. Nobody should tell anything against whatever we do in Iran. 2- Do not talk about human rights in Iran. If we stoned Iranian women, we don’t want to here your voice, if we executed our children in streets corner, keep quiet and ask your united nation to shut up too. If we rape the women in our prisons and hit them to dead like Zahra Kazemmi, you don’t let any picture in your TVs, if we ordered one savage Pasdar rape a little girl in prison before we execute her and the next morning we ask the price of bullets that we killed her with, from her parents, you continue the silence that you have now. If you see the pictures of our torture and street corner execution that makes the Nazi’s look good turn your head, if we make the Hezbollah’s army in another country to fight with countries like Israel, it is not your business don’t put your nose there. If we swoop up the Iranian wealth and let them live under the poverty line, of course all super power love it, so keep the silence and don’t let any body put our picture on any magazine’s cover so we are not force to assassinate them, like Rafsanjani did. This is the road to white house and we have the key to it. This is why Mrs. Nancy Pelosi wants to cover herself with Islamic dress and come to Iran to kiss the Mullah’s ass and open the way to white house for Democrats. She is the passenger of the inhumane and indecency and shamelessness road. If thou feel not for others’ pain, Thou shall not deserve to be humane. I heard that Ayatollahs didn’t give her a visa, if it could be true for the first time I could clap for them although it sure will be with the order of some other countries like China and Russia. But just to slap on Nancy Pelosi’s face I could respect them. She has such a childish excitement from her foolish thought that she wouldn’t leave any respect for America. Parisa
------------------------------------------------------ ALAN COMMENT: 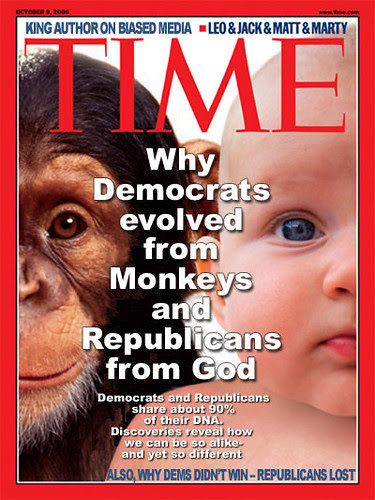 Terrorist Al-Qaeda claim they won the recent elections for the Democrats, similarly to the Soviets trying but failing to get Jimmy Carter re-elected.