These are the songs that have hit the Internet and found a following and also a censorship reaction. You decide.
http://patriotmusiconline.com/Home_Page.html

In a few short days, an African American man will move from his private residence into a much larger and infinitely more expensive one owned not by him but by the taxpayers.

A vast lawn, a perimeter fence and many well trained security specialists will insulate him from the rest of us but the mere fact that this man will be residing in this house should make us all stop and count or blessings - because it proves that we live in a nation where anything is possible.

Many believed this day would never come. Most of us hoped and prayed that it would, but few of us actually believed we would live to see it.

Racism is an ugly thing in all of it's forms and there is little doubt that if this man had moved into this house fifteen years ago, there would have been a great outcry - possibly even rioting in the streets. Today, we can all be both grateful and proud that no such mayhem will take place.when this man takes up residency in this house.

This man, moving into this house at this time in our nation's history is much more than a simple change of addresses for him - it is proof of a change in our attitude as a nation. It is an amends of sorts - the righting of a great wrong. It is a symbol of our growth, and of our willingness to "judge a man, not by the color of his skin but by the content of his character".

There can be little doubt now that the vast majority of us truly believe that this man has earned both his place in history and his new address. His time in this house will not be easy - it will be fraught with danger and he will face many challenges. I am sure there will be ma ny times when he asks himself how in the world he ended up here and like all who have gone before him, the experience will age him greatly.

But I for one will not waste an ounce of worry for his sake - because in every way a man can, he asked for this. His whole life for the past fifteen years appears to have been inexorably leading this man toward this house.

It is highly probable that that in the past, despite all of his actions, racism would have kept this man out of this house.

Today, I thank the lord above that I am an American and that I live in a nation where wrongs are righted, where justice matters and where truly anything is possible.

Who is this man? you ask. You think you know, don't you? 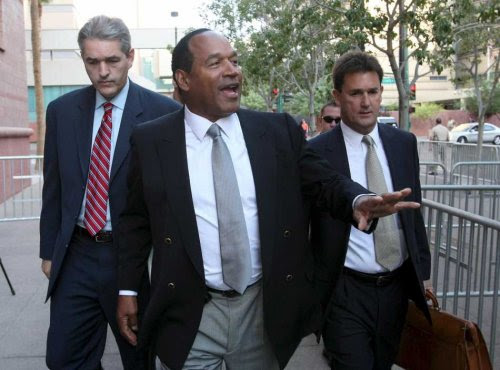 Just wanted to say thanks for linking to my website, www.patriotmusiconline.com. Keep up the great work!

PS - My tunes are definitely controversial, but I was a little confused about the "censored" description... So far I haven't experienced this-- Have you heard of any instances?