FREEDOM HAS NO PLACE IN OBAMANATION - SUBMIT OR DIE 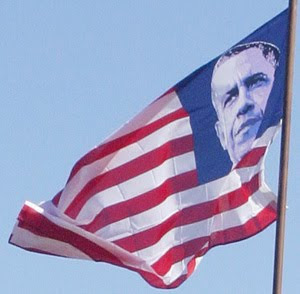 Meanwhile, clerics from North East Iran city of Mashhad , Supreme Ruler Khamenei's home town, in their robes are flooding into the USA to gather information, incite and set up violence by mosques they visit - ALL WITH STATE DEPARTMENT approval and visas!

“Denying the Green Revolution” (Wall Street Journal, October 23 2009) reports that Barack Obama’s State Department has cut funding for Freedom House, the bipartisan organization that reports on freedom and human rights throughout the world, because it publishes material critical of Iran’s murderous regime. Freedom House was founded largely by Franklin Roosevelt, and Eleanor Roosevelt was its honorary chairman. As reported by the Wall Street Journal article,


The Boston Globe reported this month that the Connecticut-based Iran Human Rights Documentation Center recently lost its State Department funding. The Center—a nonpartisan group that documents Iran’s human-rights abuses—had received $3 million over the past five years. It will shut down in May, said Executive Director Renee Redman, unless private donors save it.

Less widely known is that Freedom House, the nonpartisan watchdog group founded in 1941, also lost State Department funding. It applied in April for significant funds to support initiatives including Gozaar, its Farsi-English online journal of democracy and human rights, and was turned down in July. Since 2006, Freedom House had received over $2 million from the U.S. and European governments for Iran-related efforts. “We might have to close Gozaar if we run out of money,” deputy executive director Thomas O. Melia told us this week.

The reason for these otherwise inexplicable funding cuts is the fact that Barack Obama wishes to placate Mahmoud Ahmadinejad by silencing critics of Iran’s human rights records and plans for nuclear war.

The President of the United States has therefore made himself the accomplice of murderous dictators who just sentenced three people to death for protesting the Iranian “election,” as well as religious judges who sentence women to be stoned to death or to be raped by prison guards prior to their execution.


“There has been a view within the Obama administration at a senior policy level that this Iran democracy program is a chit, and a chit that can be traded away to the Iranian regime,” says J. Scott Carpenter, a State Department official under George W. Bush. As Iran expert and human-rights advocate Mariam Memarsadeghi told us, the Obama team sees the democratic movement “as a wrench in the works of nuclear negotiations.”

Barack Obama is an empty suit who stands for no values or principles whatsoever.

Alan note: Except the doubtful "principle" to feed his narcisstic, Marxist-Islamic self-gratification at any cost to anyone else or the  USA! Nearly 300 U.S. soldiers have been killed since more troops were requested for Afghanistan and he has refused to make a decision.

With his submit or die philosophy he has ordered the FCC (Federal Communications Commission) to review cancelling Fox News' broadcast license!

If Hillary Clinton stood for anything, she would meanwhile resign as Secretary of State rather than carry out these directives. “I was only following orders” doesn’t quite make it, Hillary.
Posted by Alan Peters at 12:40 PM