BREAKING NEWS & OTHER ARTICLE: MOST OF CONGRESS & SENATE ARE LAWYERS!

JUST GOT A CALL - PLANS TO ARREST MOUSSAVI AND KARROUBI HAVE BEEN PUT ON HOLD AND NOT IMPLEMENTED YET.


THEIR OFFICES WERE RAIDED YESTERDAY

THIS WILL ESCALATE AND EXACERBATE THE REBELLION IN iSLAMIC IRAN

ATTORNEY: This myasthenia gravis, does it affect your memory at all?

ATTORNEY: And in what ways does it affect your memory?

ATTORNEY: You forget? Can you give us an example of something you forgot?

ATTORNEY: Now doctor, isn't it true that when a person dies in his sleep, he doesn't know about it until the next morning?

WITNESS: Did you actually pass the bar exam?

ATTORNEY: The youngest son, the twenty-year-old, how old is he?

ATTORNEY: Were you present when your picture was taken?

WITNESS: Are you shitting me?

ATTORNEY: So the date of conception (of the baby) was August 8th?

ATTORNEY: And what were you doing at that time?

ATTORNEY: She had three children, right?

ATTORNEY: How many were boys?

ATTORNEY: Were there any girls?

WITNESS : Your Honor, I think I need a different attorney. Can I get a new attorney?

ATTORNEY: How was your first marriage terminated?

ATTORNEY: And by whose death was it terminated?

ATTORNEY: Can you describe the individual?

WITNESS: He was about medium height and had a beard.

ATTORNEY: Was this a male or a female?

WITNESS: Unless the Circus was in town I'm going with male.

ATTORNEY: Is your appearance here this morning pursuant to a deposition notice which I sent to your attorney?

WITNESS: No, this is how I dress when I go to work.

ATTORNEY: Doctor, how many of your autopsies have you performed on dead people?

WITNESS: All of them. The live ones put up too much of a fight.

ATTORNEY: ALL your responses MUST be oral, OK? What school did you go to?

ATTORNEY: Do you recall the time that you examined the body?

WITNESS: The autopsy started around 8:30 pm.

ATTORNEY: And Mr. Denton was dead at the time?

WITNESS: If not, he was by the time I finished.

ATTORNEY: Are you qualified to give a urine sample?

WITNESS: Are you qualified to ask that question?

And the best for last:

ATTORNEY: Doctor, before you performed the autopsy, did you check for a pulse?

ATTORNEY: Did you check for blood pressure?

ATTORNEY: Did you check for breathing?

ATTORNEY: So, then it is possible that the patient was alive when you began the autopsy?

ATTORNEY: How can you be so sure, Doctor?

WITNESS: Because his brain was sitting on my desk in a jar.

ATTORNEY: I see, but could the patient have still been alive, nevertheless?

WITNESS: Yes, it is possible that he could have been alive and practicing law.

THINK ABOUT IT! MOST MEMBERS OF CONGRESS ARE LAWYERS. OH GOD, PLEASE HELP US ALL! 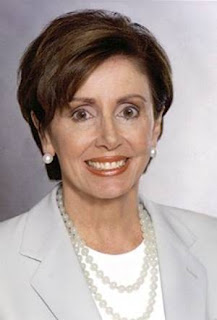 LET'S IMPEACH HER NOW BEFORE SHE DOES FURTHER DAMAGE!! WHAT AN IDIOT!!


IF YOU DON'T AGREE JUST DELETE--IF YOU DO--PASS IT ON!! WHERE DO WE GET THESE MORONS'


Adding a tax to your retirement is simply another way of saying to the American people, you're so darn stupid that we're going to keep doing this until we drain every cent from you. That's what the Speaker of the House is saying. Read below...............

Nancy Pelosi wants a Windfall Tax on Retirement Income. In other words tax what you have made by investing toward your retirement. This woman is a nut case! You aren't going to believe this.

Madam speaker Nancy Pelosi wants to put a Windfall Tax on all stock market profits (including Retirement fund, 401K and Mutual Funds! Alas, it is true - all to help the 12 Million Illegal Immigrants and other unemployed Minorities!

This woman is frightening.

She quotes...' We need to work toward the goal of equalizing income, (didn't Marx say something like this?), in our country and at the same time limiting the amount the rich can invest.' (I am not rich, are you?)

When asked how these new tax dollars would be spent, she replied:

'We need to raise the standard of living of our poor, unemployed and minorities. For example, we have an estimated 12 million illegal immigrants in our country who need our help along with millions of unemployed minorities. Stock market windfall profits taxes could go a long way to guarantee these people the standard of living they would like to have as 'Americans'.'

(Read that quote again and again and let it sink in.) 'Lower your retirement, give it to others who have not worked as you have for it'.

Send it on to your friends. I just did!! This lady is out of her mind and she is the speaker of the house!
Posted by Alan Peters at 12:37 PM