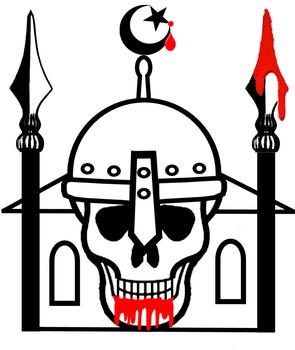 WAKE UP AMERICA AND REALIZE ISLAM DOES NOT RECIPROCATE ANY TOLERANCE


LOGAN: Less than two weeks ago I posted about 52 schools in the UK going halal only. This morning I was sent an email which comes from the London School of Islamics. Apparently these schools catering to Islam was not enough…


RESIDENTS across Harrow have vented their anger about proposals to have Halal-only menus in primary schools in the borough. Meat is meat. What does it matter how it’s killed? These stupid parents should find other things to whine about.

Even in Christianity Meat is not meat.

Halal meat (animal killed by slitting its throat) is sacrificed to “allah” and is REPORTEDLY thus forbidden to be consumed by Christians and Jewish people alike.

And the reason muslims do not want infidels in their schools is because infidels are deemed unclean.

As Iraq’s “moderate” Ayatollah Ali Sistani  also revered in Shia Iran -— probably the world’s most influential Shiite cleric -— has explained, the touching of non-Muslims is discouraged, because they are considered to be in the same “unclean” category as “urine, feces, semen, dead bodies, blood, dogs, pigs, alcoholic liquors, and the sweat of an animal who persistently eats [unclean things].”


WITH THE ABOVE in mind, do you really expect or honestly believe the 9/11 Ground Zero Mosque to be a "community center" for ALL who enter or just a victory monument, rallying place, for Islamists, who by their own RELIGION cannot mingle with the rest of us infidels! And will make us so uncomfortable that we will not wish to mingle or get beaten up if we do (as other mosque events in New York have proved).

One such incident involved two tourists who took photos of the mosque from the public sidewalk, were pounced on by a bunch of mosque thugs, in martial arts type of clothing, dragged into the basement and interrogated for hours - finally freed with the warning that they and everyone else NEEDED PERMISSION FROM THE MOSQUE to take photos of it !!!!!!!!!!!!!!!! Even from a public location like the sidewalk.

They were too terrified to think about what they may have stumbled on by chance but the incident negates claims of a community attitude at Ground Zero  or any other mosque for the UNCLEAN.


MUST WATCH and think about this ANALYSIS VIDEO
Posted by Alan Peters at 3:27 PM