After openly stated full support and backing for the 9/11 "Ground Zero" mosque project, our undeniably Moslem occupant of the White House had to backtrack and  try to defend his Islam Supremacist  pronouncement by referring his statement to the meaning of the Constitutional right to build it but not that it should be built.

Also trying to evade and hide the fact that as per Oba-Hussein's instructions the State Department is financing a trip throughout the Middle East for this terrorist approving Imam to facilitate obtaining funding from those countries for this despicable project. Trying  to make up a current shortfall of some $100 million! Nor does he own all the land they need for the project!

Taxpayer funds are being used here to promote Oba-Hussein's Islamic upbringing and predelictions, which like so many of his policies are AGAINST the will of the majority (70%) of "we the people".

And, as in the past, misuses our dollars to promote his personal political preferences (Islamic-Marxist supremacy!) to where he is not "president" of all the people but of his priviliged sectors like socialists and Islamists and weird radicals or American terrorists like Ayers.

However, while side stepping the main problem of this Imam's claim to bridging the gap of America by angering some 70% of Americans who find it very bad taste to build an Islamic  VICTORY symbol - as is the Moslem custom for centuries - and which the name Cordoba House (Google Cordoba for details) openly represents historically, Oba-Abdullah-Hussein our Moslem in Chief failed to DISCOURAGE this insult to our nation's families who lost their loved ones.

Three people among the invited company in which President Obama chose to make his announcement in support the Ground Zero mosque:

Ingrid Mattson, the head of a Muslim Brotherhood satellite organization, the Islamic Society of North America (ISNA), that was identified by the Justice Department as an unindicted coconspirator in a terrorism financing case (and was proved, in fact, to have sent money to Hamas);


Salam al-Marayati, a self-described supporter of Hezbollah (and one Steve Emerson aptly describes as an anti-anti-terrorist); and


Dalia Mogahed, an apologist for sharia’s subjugation of women who has embraced ISNA, CAIR and other Islamist groups in her role as an Obama appointee to the President’s Council on Faith-Based and Neighborhood Partnerships.


The president has long been governing against the will of the American people.

It’s good to see, concretely, whose will his governance favors. Given the choice between the 9/11 Families for a Safe & Strong America and ISNA, Obama chooses ISNA. 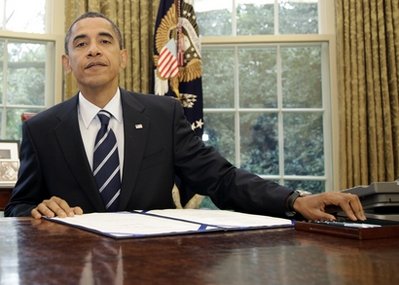 "I will begin bombing all cities which did not vote for me with nuclear weapons in five minutes. Bye, bye crackers. As-salamu alaykum."

(Just an exaggeration of his apparent beliefs and mind sets)

AND
Take a look at the Socialist Organization members of Congress:

The Socialist Party of America announced in their October 2009 newsletter that 70 Congressional democrats currently belong to their caucus. This admission was recently posted on Scribd.com:


Q: How many of the DSA members sit on the Judiciary Committee?


Q: Who are these members of 111th Congress?

A: See the listing below


- This is obviously a mistake. Raúl M. Grijalva (AZ-07) is NOT a Socialist! He's a Communist!

- How sickening. Admitting you're a Socialist (=Communist) is like admitting to Nazi party membership. The Communists murdered 100 million people in the 20th century.


She resigned from the Congressional Progressive Caucus, an offshoot of the Democratic Socialist of America, upon becoming Speaker of the House.

- “This is obviously a mistake. Raúl M. Grijalva (AZ-07) is NOT a Socialist! He’s a Communist!”
Same thing. As in “Union Of Soviet Socialist Republics”.
Not far off of that: National Socialist German Workers’ Party (Nazis)
Combination of the two: Barack Obama, Nancy Pelosi, Joe Biden and Harry Reid.
Posted by Alan Peters at 6:00 PM