WHAT GROUND ZERO MOSQUE PROMOTES FROM THE ISLAMISTS' OWN MOUTH

Unless Imam Rauf of the Ground Zero mosque is an Islamic APOSTATE and refuses to implement Islamic tenets and teachings (as per the Haditha changes made centuries after the death of the Prophet rather than the more gentle original Koranic sayings), what is preached in this video is the RULE not the exception of today's Islam.

Remember! 9/11 was the Second - Repeat Second attack on the World Trade Center !!!

While on the subject of the Ground Zero Mosque, which Associated Press has banned as an appellation for their reports, limiting it to being called a "New York Mosque" (among hundreds if not thousands non-controversial ones in that city and State) - like Obama BANNING the use of the word "terror" and "Islam" in the same text - IN RESPONSE to what are the Ground Zero borders, this aspect should not be lost in the wash.

The potentially disruptive and irritating "call to prayer" FIVE times a day from powerful loudspeakers at the Ground Zero mosque reverberating in the  9/11 neighborhoods (where repeated daily electronically enhanced loud carrillons of church bells would be equally disturbing) should set the "border" limits.

If nothing else, this multiple reminder and  audible poke in the eye from the mosque, easily considered as a middle finger gesture toward all non-Moslems and a chortling celebration of their victory (as in the original Cordoba mosque in Spain) will certainly not be conducive to lessening strife with non-Moslems.

Generally, any loud noise that carries more than 90 feet is considered noise pollution but coming from a mosque, would face "interference with or restriction of" religion claims from the Imam. 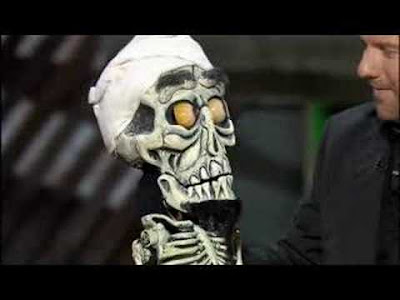 Apart from no "hard hat" construction workers being ready to rebuild at that location, it's easy to imagine VISAS and special work permits being issued by Obama to Moslems from other countries (including Iran) even with travel paid for them by the State Department, should this refusal to build become an obstacle. And thus be labeled an interference  with religious freedom.

On second thoughts, Obama has already "imported" Palestinian HAMAS terrorists - as "refugees" like his Kenyan Aunt Zeituni - using tax payer funds (estimated at $900 million allocation) so he has a Moslem work force ready, even if - like him - they have NO experience in what they are tasked to do.

Reminder: Palestinian HAMAS children are trained to be ruthless, anti-Israel and anti-America and kill - from a very early age.

This entails five and six year olds being gathered up at school and the boys each handed a small puppy and ORDERED to visualize the puppies as their enemy (Israelis and Americans) and STRANGLE them with their bare hands!

Peer pressure does the rest.

Girls are gathered around large tree stumps and handed an axe with which they are told to chop up snakes placed there for each of them. Again, the symbolic killing of the enemies of Islam and HAMAS.

It is at these ceremonies and early age that they are incited to become martyrs and suicide bombers for the benefit terrorism.