SUBMISSION TO WHOEVER INTERPRETS THEIR VERSION OF ISLAM

What does the Koran say about women?

Tuesday 16 August  Acharya S  Contributing Writers - Acharya S Following are pertinent quotes from the Koran/Quran regarding women, from the Dawood translation with the side-by-side Arabic. Below is also a summary of the koranic view of women, as well as relevant videos by Muslim authorities, expressing a very typical attitude towards women. Please note that millions of children worldwide are forced to learn these koranic scriptures by memory.

Note also that women are likewise repeatedly addressed in the hadiths or Islamic sayings and deeds of the Muslim prophet Mohammed/Muhammad. The various hadiths that are supposed to be followed by Muslims are called "sunnah."
In my experience with UK muslims, I find that they were trained to read the Quran in Arabic, but with no comprehension of what they were reading.

Generally speaking, they only seem to get their knowledge of their own scripture from others--usually from the imam and somewhat domineering parents. For instance, one 30 year old Muslim of my acquantance didn't dare eat duck eggs because he didn't know if they were haram or halal, despite the fact that he ate chicken eggs. On being asked, his dad informed him--with a whack--that were were haram, though they in fact are not. I could recount more, but you get the idea.

Ironically, I lent a copy of Dawood's Quran to my brother. The subsequent surprise amongst his Muslim friends when they found him reading it was (apparently) similar to meeting a pig talking.

None of them had read it, and one of them even borrowed it, much to his mum's delight. His mum even unbent enough to teach the gorah (meaning "whitey", i.e. anybody not as well tanned as themselves) traditional pakistani cooking.

Suffice it to say, if translations of the Quran in their native languages could be encouraged, perhaps Islam might go through its own Reformation. That's a thought, it might be better sending them Qurans rather than Bibles . . .

As for "women's matters", the Quran offers much material for self-appointed interpreters to press their iniquitous views on others. This has to be intelligently opposed. 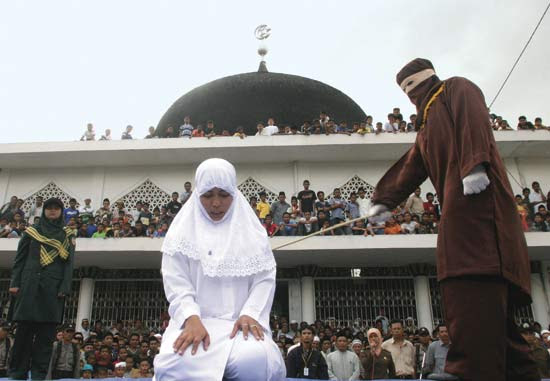