When logging on today, we received a message asking us to log in again AND IN CASE the site is hacked or CLOSED down by Google, we should provide a phone number (!) to verify our request to restore the articles that Google removes!!

With so much EASY verification information Google already has, this is not a sensible request but a WARNING!!! Second one received in the last few months. A variety of sites described former Bush names in very unflattering terms but unlike today, that was FINE!

So far such interference has come from Google Website Technicians who support the Islamic regime in Iran or the Obama administration. Constitutional free speech has survived their efforts when Google Management has stepped in and protected it, however distasteful it may have been to the increasingly active White House suppressors to block the ability to share opinions, if Obambi was not happy with the comments - OR more accurately with truths emerging, which he prefers to keep hidden as they could land him in prison!

This appears to be in keeping with the fairly new persons in the White House charged with REMOVING any and all criticism of Obama and/or scrubbing his undesirable information OFF the Internet. Like his almost certainly criminal property ownership before he became an Oval Office usurper.

The narcissistic "self-annointed one" is in full swing to prevent people becoming aware or better educated on realities of his nefarious actions and destruction of America.

Specially by anyone who lived through a parallel set of similar actions by the Ayatollah Khomeini in Iran to overthrow the Monarchy and recognizes some of the similar actions Obama is taking.

One of these being arranging a shut down of a huge chunk of our electricity production with new regulations, estimated at least 25% of our totlal power generation and resulting in blackouts, brownouts and irregular electricity availability. And insistently blaming THE REPUBLICANS and the TEA PARTY through his ardent supporters, hoping to be believed.

EXACTLY what the Soviets AND Khomeini did in Iran in 1978, to make everyone uncomfortable and turn them against the Shah.

In America it appears Obama is trying to place the himself as a dictator, but not as a benevolent ruler, but more like a Soviet or Chinese Komissar that rules by fiat or decree and brooks NO resistance by "we the people" or the elected government.

He has OPENLY complained on television that a democracy is unmanageable and does not permit him to carry out his plans (not necessarily good ones for America) easily.

Without the propaganda a tame, lame press and fervent Obamabots throw at us, he is a weak man and not a leader. Usually described as leading from behind and hiding behind the press and his zealots.

Hard to even think of him in terms of president as he has never risen to the level of respect the office has deservedly had, even under the much and unfairly maligned George Bush. Respect of the Office is a given in America but NOT under the Obama occupation which has driven us into fiscal penury and financial slavery.

In 2008 Obama exclaimed that a FOUR trillion dollar deficit (in eight years of Bush) was UNPATRIOTIC yet he exceeds increasing that size  deficit in under THREE years of his so-called "leadership".

Is there any wonder that reasonable people are aghast at his feckless but so self-aggrandizing inexperience of ANYTHING - in business matters or what America stands and has stood for for as long as we have existed.

At this site we have NO disrespect for the American Presidency which has earned it over the centuries but respect for Obama needs to have been earned by him and in that he has FAILED in spades.

Nothing racist here either as he is half white and half dark Arab "black". Against whom (white or black) would be the racism? Certainly not African-Americans as he does not qualify by Federal Statutes of being an African American ethnic minority, which has a minimum requirement for African blood in his ancestry to quality. And he does not in what he has disclosed about himself.

Are we the only ones who see the reality of the White House? Or are allowed to see by those running interference to hide reality? See for yourselves what so many see and what they try to hide shown in the links below:

Links' Author’s Note: This interview is the first face to face sit down in months with our longtime D.C. political operative we have come to simply call “Insider”. They offer up a unique perspective and insight based upon their decades-long experience as a D.C. insider working within the highest levels of government – including helping to elect Barack Obama in 2008
by Obama House Insider! (three not very polite parts at links below)

“The scenario being played out these days is pretty much the same regardless of the particulars. You knock on the door – it’s always closed. Always. Often you have to knock for some time before being given approval from inside to enter. The big screen will be on – the volume loud. You can easily hear it from outside the door.

The sports channels are the ones most commonly playing, though sometimes the channel will be set to music, or Fox News.

Sometimes TOP ADVISOR  Valerie Jarrett  (born in Shiraz, IRAN) might be there, but most often it is just the president and his personal aide. A large leather chair will be facing the television – it’s well worn. Not part of the White House furnishings but something the president must have brought in from back home.


That’s where you’ll most often find the President of the United States – the most powerful man in the free ****ing world. He often sits with one leg draped over one of the chair’s arms and the other leg stuck straight onto the floor. Shorts, sweats, a t-shirt, and like I said, no shoes or just those sandal things that so many of the younger people like to wear these days.

And that leg that’s draped over an arm of the chair will be bopping up and down, like…like someone with a lot of nervous energy.
Like a kid does.

And there’s the smell of smoke hanging on the president. The guy never quite smoking – that was all bullsh*t. I told you that already. In fact, there’s one of those smokeless ash trays on the desk in there. And that desk, it’s a mess. Magazines spread out all over it. Stupid shit too.

Real low brow reading material the president is into. People. Rolling Stone. Lots of those tabloid things. The most common thread with this sh*t is it’s about the president. If it’s about him, he’s gonna read it. Good or bad – doesn’t matter. If somebody is talking about him, he’s reading it. He’s watching it. Whatever. The guy’s self-obsession is off the ****ing charts. 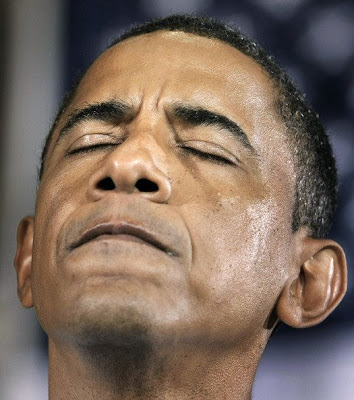 So that’s what you first see when you enter the room – the upstairs office of President Obama. Next you’re gonna notice how small the guy looks. Really thin. He pads his suits up you know. The top end. The shoulders.

It became an actual issue during the 2008 campaign – some of his handlers were saying it made his neck look too small. Fact is, it made his neck look just like it is – small. The guy is scrawny. All knees and elbows sitting in that chair. Sometimes he gets up when you come in, sometimes he remains seated and will just turn the volume on the TV down with the remote and say, “What you got?”


That foot is bouncing up and down while you give him the briefing, but he rarely looks over at you – always looking at whatever is on the television. If it’s Jarrett in the room, or the personal assistant, one of them is there to keep the time. Your time. Don’t go over that fifteen minutes.

And even if the president doesn’t look like he hears a word you’re saying, they are listening to everything. Every go**amn syllable coming out of your mouth, and if something is said they don’t like, they jot down notes. Been told it’s to use for the end of day summary they give the president – their own version of what is important and what can be ignored…and who might need to be pushed down, or pushed out…or whatever.


So you’re looking at the president, this skinny guy, who’s ignoring you, who’s dressed like some kind of f**king frat boy wannabe, with somebody else taking notes on what you’re saying, and then you get up and walk out. The president might acknowledge you on some days, give a little nod, maybe even a thank you, but most often he just continues to look at the TV, bounce that foot on the chair, his skin looking off-color, pale, the eyes out of focus, the hair a helleva lot more gray than is shown in public, the wrinkles around the mouth far deeper…and the hands. His f***ing hands are so…they are just these thin little stick digits. 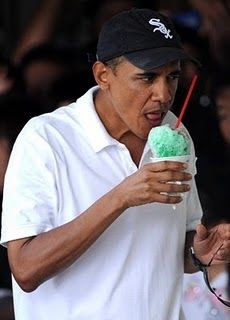 They are like these long-fingered woman’s hands. And his wrists, you could wrap your own fingers all the way around those wrists – again, so much like a woman’s hands. Almost freakish. Certainly not the strong alpha-male type image that America was given during the 2008 campaign.”
Insider: None of this is beyond the norm though. Where it gets different for the Obama campaign is what I’ll just call the Obama Plan. They are going way beyond simply working up your typical campaign scenarios against potential opponents.
The president – I was told of this about a week ago, maybe two weeks ago…(pause)… the president actually considered quitting. He really did. But now he’s going on the attack. He wants to give a big F-You to White America – that’s actually one of his primary motivations.

You think the race card has been played up before? Just wait. 2012 is gonna be the most brutal political cycle we have ever witnessed. Ever!

The Race Card movement has ALREADY begun with incredible vitriol by African Americans against the Tea Party - just watch TV and read the Lame Stream Press! And ignore information, we and others like us, try to present to you under threat of being silenced by White House pressure.
MUST READ FULL ARTICLES
The Obama Plan – Part One:

Email ThisBlogThis!Share to TwitterShare to FacebookShare to Pinterest
Labels: THE REAL OBAMA