The  savagery by the "rebels" in Libya against Ghaddafi himself (sodomizing and executing him upon capture) and broad slaughter of his supporters and of indiscriminate non-Libyan emigrants from neighboring countries, specially blacks, could be presented as their being angry at this man and his past activities.

But ignores, however, who these rebels are and their fundemental Islamic foundation's contribution to the brutality. They are largely the worst of the worst Al Qaeda fanatical Islamist radicals!

You cannot tell me that with three very senior Moslem Brotherhood leaders, from which al Qaeda was born, operating out of the White House and pulling Obama's Moslem and anti-America strings that ObaHussein did not know who they were and what he was doing when he threw former buddy and supporter Ghaddafi under the bus to promote the Caliphate!

And that his publisher failed to inform him that the State Department had bought $70,000 worth of his ten-year old book! With him making thousands of dollars off our tax dollar purchase. Conflict of interest somewhere here?

This extremist mindset is part and parcel of Islam that is ONLY 17% a religion. and 83% a Social, Legal and Military IDEOLOGY, in so many ways similar to Communism, where instead of a Kommisar enforcing everything, we have an "Allah" doing the same thing.

And with the same dictatorial "threat of death" of the former Soviet type, inflexible KGB to punish any who fail to obey or toe the party line or, "sin of sins"  leave the party and get cut of from all benefits it doles out.

What happened to Ghaddafi and happens to so many others at all levels in Islamic run countries is WHAT WILL HAPPEN TO US IN AMERICA IF WE DO NOT EXCISE THIS QUASI-RELIGIOUS CANCER eating at our entrails from inside the White House!

And the Libyan "not a war" actions would plausibly make Obama an indictable War Criminal -like the leadership under the indicted and imprisoned Serbian/Bosnian military officers.

If you look at the number of lives lost, people tortured and misery created by Obama actions and policies, you will realize he has MORE BLOOD ON HIS HANDS than the Iranian Mulllahs, Ghaddafi and other so-called dictators he has helped overthrow to promote a Islamic global Caliphate PUT TOGETHER.

Each of them operated in a geographically limited area. He is responsible for rivers of blood shed around the world because of him, his actions and policies! Or like in the Islamic Iran and Syrian situations by his LACK OF ACTION! Tens of thousands have died and ARE dying directly because of him and his Oval Office. "Leading from behind" does not absolve him of the cause and effect aspects of his mindsets and policies and life altering decisions.

Excusing him would be like blaming the KNIFE and not the person wielding it for the wounds or death the knife causes.

It was under Obama's direct encouragement and "leading from behind command" (hiding behind the Europeans) that the Libyan atrocities happened. He bears the same level of responsibility for his war crimes as the Serbians for theirs.

President Jimmuh the Idiot Carter was a naive man and Soviet Union pawn, who meddled in Iran and is the source of most of the terrorism we face today, Obama is the epitomy of an evil scourge similar to the Bubonic Plague that hit in the sixteen hundreds and an increasingly virulent  threat of Sharia driven Islamic power wiping out Western culture!

Below is the video site of the Ghaddafi atrocity. He was definintely not what we would call a good guy but at his worst he has probably killed and mutilated fewer people than Obama has with his very dangerous meddling with the world ,under Moslem Brotherhood supervision and helping pave the way for the global Islamic government usually referred to as a Caliphate after the Turkish Ottoman Empire model.

And the Islamic activist group CAIR Council for American Islamic Relations has now met with the Dept. of Justice to CRIMINALIZE any criticism of Islam!!!

("Redefine criticism as discrimination" !!?? Why would Islam be exempt from free speech avavilable for EVERY OTHER GROUP?)

The department’s “civil rights lawyers are top of the line — I say this with utter honesty — I know they can come up with a way” to redefine criticism as discrimination, said Sahar Aziz, a female, Egyptian-American lawyer.

“I’d be willing to give a shot at it,” said Aziz, who is a fellow at the Michigan-based Muslim advocacy group, the Institute for Social Policy & Understanding.

The audience of Islamist advocates and department officials included Tom Perez, who heads the department’s division of civil rights.

AND from Front Page Magazine http://frontpagemag.com/2011/10/24/obama-adminstration-bans-the-truth-about-islam-and-jihad/

It has been a long time coming, but the Obama Administration has now officially banned the truth. (No joke, reality!)

Deputy U.S. Attorney General James Cole declared Wednesday at a conference in Washington that he had “recently directed all components of the Department of Justice to re-evaluate their training efforts in a range of areas, from community outreach to national security.”

This “re-evaluation” will remove all references to Islam in connection with any examination of Islamic jihad terror activity. The Obama Administration has now placed off-limits any investigation of the beliefs, motives and goals of Moslem jihad terrorists.

AND Obama has issued Executive Orders via the Dept. of Justice that BANS the DOJ from having to tell us the truth!!!!

In response to an FOIA (Freedom of Information Act) request, the DOJ can now officially DENY(lie) about having any documents - EVEN IF THEY DO HAVE THEM! Thus the legitimate requester cannot pursue the matter in the courts since "no such thing exists" cannot be litigated. You cannot prove/disprove a negative.

With Congress on the hunt, the pressure on disclosure of felonies and other law breaking by the Obama regime has reached a point where unless they can lie and conceal and refuse to provide evidentiary documents, there will be a notable number of new jailbirds from among those in the arguably most corrupt Administration in known times.

Obama approved, endorsed and encouraged Occupy Wall Street (OWS) groups have been co-opted by CAIR and the Islamic movement under the Moslem Brotherhood, trying to recruit "domestic terrorists" and do unto us what they do ito themselves n their own countries. Beat, mutilate, execute all in the name of their "religion". Their brutality, as undeniably evidenced by brutal, bloody event after horrifyingly shocking event caught on videos, not by hearsay or words, is being inexorably introduced  and spread into America and Western countries. 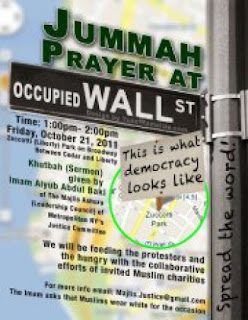 But Islamists can do what they want, when they want  - because it is what their Moslem thug Obama wants, too. Reportedly fights broke shortly after the CAIR prayer meeting! Religion of Peace strikes again.

In another step to by-pass Congress, by-pass the Constitution and implement his rule by fiat dictatorship, Obama has announced he will provide cash help to home owners whose mortgages exceed the value of their houses and do this by Executive Order!

From where does he expect the money to come?

He does not know nor care, it's not from his pocket and by all his actions so far, he considers tax revenues as his personal slush fund or stash! As do these naive supporters caught on audio:

Obama is also promising to give away your money to forgive student loans! There is no end to his self-serving but anti-"we the people" handling/mishandling of money which is NOT his. to spread around. He wants all of us to become so poor that we HAVE to go to him for all our needs. Without jobs, without prospects of a recovery of our finances, with money availability (except from Obama's profligate spending) drying up, this is what "we the people" will soon look like and be obligated to suck up to the thug narcissist. 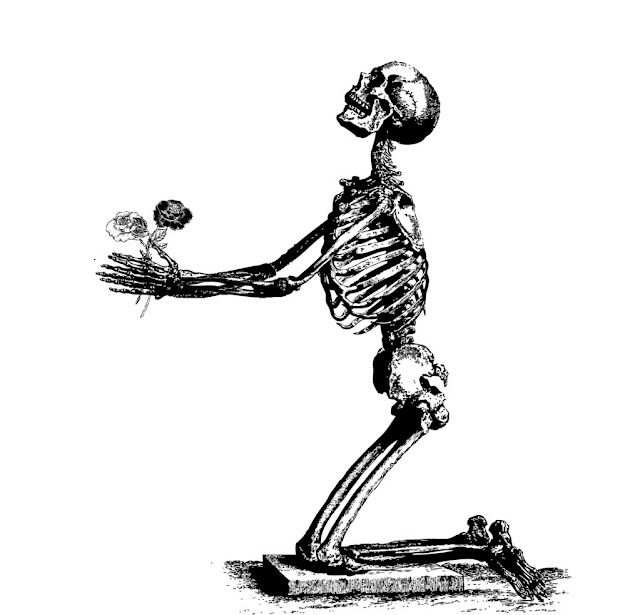 Here are a few facts taken from various sources (see below):

More people are killed by Islamist terrorists in one (any one year), than in all 350 years of the Spanish Inquisition, combined. (Note, that’s ISLAMIC terror, not Timothy McVeigh or radical right wing Christians)


More civilians were killed in two hours on September 11, 2001, than in the previous 36 years of sectarian conflict in Northern Ireland. (That’s by ISLAMIC terrorists)


Islamic terrorists murder more people each day than the KKK has in the last 50 years. (Note: That’s ISLAMIC terrorists)


In the last ten years, more than 96,000 human beings have been slaughtered by Islamic terror attacks, most of them Muslims. (Note: ISLAMIC terror)


In the U.S., there have been twenty-one citizens killed in Islamic terror attacks since 9/11 by seven perpetrators. Another four were foiled before anyone was killed. (Note: ISLAMIC terror)


Note from writer Sher Zieve: have any of you realized how thoroughly submissive to totalitarianism we have become? I thought we still had a chance to survive. I actually thought we would fight. On one thing Obama is correct. We HAVE become soft.

Now, in a secondary move to seize all power in the country for himself and his syndicate, Obama has decided that he will confiscate ALL television and Radio broadcasts for a supposed “test” of the EAS (Emergency Alert System). Communication for both US television and Radio will be cut off on 9 November 2011 for at least 3-4 minutes.

This is both unprecedented in our history and constitutes the final phase of Obama’s testing of his ability to seize communications in the USA at will.

The Obama-supported and implemented “Occupy Wall Street’ flea circus has provided Obama with both an “if you don’t give us what we want, we’ll turn violent” crowd and an almost perfect cover for his implementation of the finalization of his Soviet style Police State.

Anyone still think Obama is naive and incompetent? Not a chance. As I’ve been writing since before he usurped the Office of POTUS, Obama has been hired to destroy the USA and once he’s in power we may not be able to get rid of him.

He knows precisely what he’s doing. Any more questions?

(Alan Note:  THE PROBLEM IS AMERICANS DO NOT, NOR CAN CONCEIVE OF SUCH AN EVIL TRAITOR working against their national interests).

Read more at: http://canadafreepress.com/index.php/article/41597
Posted by Alan Peters at 9:26 PM

Email ThisBlogThis!Share to TwitterShare to FacebookShare to Pinterest
Labels: OBAMA IMPLMENTS HIS DICTATORSHIP