Crucifixion: the recommended form of execution in Islamic Sharia law.

The DeKalb Democratic Party sent out this message Thursday night.


DO YOU WANT TO GO TO CHARLOTTE AND BE THERE IN PERSON FOR THE PRESIDENTS"S ACCEPTANCE SPEECH?

Here're  the rules:
Everyone who is at Manuel's Tavern or the Bibb County Democratic Party by noon is eligible for two tickets. Arrive early if you want, but it won't give you a better chance to win. Just be there by 12 noon!

If less than 50 people arrive, everyone will get a pair! If more than 50 folks arrive, we will do a random drawing to determine our winners.

There is no cost involved. We're not selling the tickets, we're giving them away.

OBAMA:  PLEASE, PLEASE SHOW UP! ATTENDANCE AT MY EVENTS HAS BEEN MISERABLE.

Democrat excuse? We told people not to come! Say what? 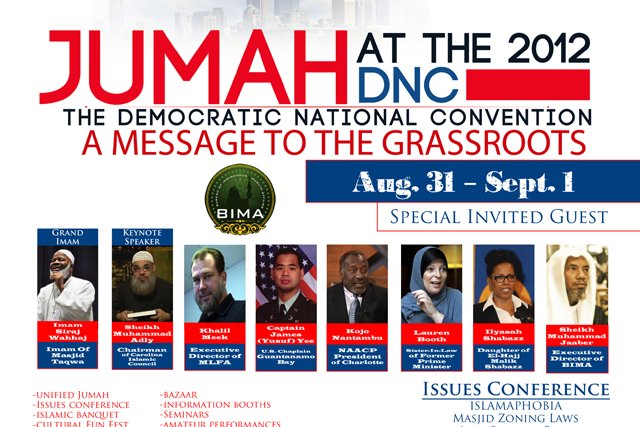 It’s getting comical: MSNBC’s ‘journalists’ humiliate NBC yet again: Leave it to MSNBC to find a birther conspiracy in Romney’s speech last night. It became pretty apparent they cannot handle the truth -- when Romney mentioned American exceptionalism, “when the world needs someone to do the really big stuff, you need an American”  MSNBC went all 3rd grade berserk!

New Nail Gun, made by DeWalt

This makes construction a breeze, you can sit in your lawn chair and build a fence.

Hundred round magazine.
Someone invades your home, just nail his ass....

A must have in every home in America!

For everyone who would rather not have a gun in the house!

NAIL GUNS! You don't even have to REGISTER them or have LICENSES for them!

You don't have to worry about them being CONCEALED.
Just a LOT of good stuff to do with THIS!

Once in a while something so totally cool comes out that even a guy who doesn't normally even know what he'd like for Father's Day or Christmas would immediately ask for it:

"I will stand with them (Islamists) should the political winds shift in an ugly direction." Barack Hussein Obama, page 261, The Audacity of Hope

A couple of weeks back,  I posted about the Jumah jihad at the DNC, an event led by an imam who urged the overthrow of the "filthy" U.S. government and who was named an unindicted co-conspirator in the World Trade center bombings. Obama's DNC lists the assembly as an “official function."

The group is hardly “mainstream,” being represented by Siraj Wahhaj, who will be the “Grand Imam” for the gathering.

Wahhaj and the co-leader of the Charlotte event, Jibril Hough, are both heavily involved in the separatist American Islamist movement. Many of the participants in the “Jumah at the DNC” will most likely represent radical networks that have long-time, but little-known, operations in the Charlotte region.

Eyewitness News asked Hough about his views on several topics, including the war on terror.

Hough does not consider himself to be a supremacist, but believes Muslims have not received the credit they deserve.

"This is a fact: Muslims have visited America prior to Columbus. It was a Muslim who guided Columbus on his voyage to the new world," Hough said.

He insisted he is not a radical, and said his beliefs are shared by mainstream Muslims.

At a speech in 1995, Siraj Wahhaj informed the world that it was "his duty and our duty as Muslims to replace the U.S. Constitution with the Quran.”

Looks like Obama is engaging in his own holy war. (Quietly promising Moslems in return for their support, he will announce himself the first Moslem President of the USA if re-elected!)

Clearly this treasonous gathering should be given no sanction by one of the nation's two political parties.

But, once again,  the Democrats side with those who are vowing to destroy our country. They are incapable of doing the fundamental right thing.

The Democrats would rather spit in the eye of fallen soldier, 3,000 victims of September 11th and Major Hasan's Fort Hood jihad, and every 911 family member than insult the jihadist constituency, which is clearly their base.

Bad enough, it was going to be jihad CENTCOM at the DNC (channelling Anwar Awlaki, no doubt), but President Obama turned down a chance to have Timothy Cardinal Dolan deliver a prayer at the Democratic National Convention after Dolan told Democrats he would be “grateful” to deliver a blessing in Charlotte.

Dolan — considered the top Catholic official in the nation, as head of the Archdiocese of New York and president of the Conference of Catholic Bishops — tipped off Democrats a few weeks ago that he had agreed to deliver the prime-time benediction at the Republican convention in Tampa next week, Dolan’s spokesman Joseph Zwilling told The Post.

“He wanted to make sure that they knew that this was not a partisan act on his part and that he would be just as happy and grateful to accept an invitation from the Democrats as he would to have received one from the Republicans,” said Zwilling.

That, too, struck the heart of most Americans, and after huge public pressure, the DNC reluctantly did an about-face and accepted Cardinal Timothy Dolan's offer. Dolan will deliver the closing prayer at the Democratic National Convention, despite his disagreement with the Obama administration over birth control mandates.
By Pamela Geller on Wednesday, August 29, 2012 at 05:54 PM in Democrats' New Leadership: Slash and Burn, Leftist MEDIA JIHAD aligned with Terror Force | Permalink
Please Keep in mind.........Obama does not own this airplane.......We the American people do. We let him use it to conduct official business and represent our country............What the hell does he think he is doing anyway?? What a bunch of arrogance.
Posted by Alan Peters at 2:25 PM