2016: Obama's America or Romney's ‘..Dinesh's movie reminds us that our 2012 presidential candidates are unapologetic representatives of two great 19th-century belief systems.
Barack Obama believes in the Exploitation narrative, invented by Marx and extended by Lenin. To Obama and his lefty mom, oil companies might as well be 19th-century textile sweatshops, and the highest calling in the world is to advocate for the poor against the capitalist exploiters.
Mitt Romney is a horse of a different color. He belongs to a church founded in America's Second Great Awakening in the early 19th century. He practices the modern capitalism of the 21st century. You take money from where it is to where it is wanted, helping start new companies or trying to save old ones. You hire the best people and train them up, and give them all the responsibility they can handle. When you see a problem, he writes, you "run toward it or it will only get worse." No "leading from behind" for Mitt.

The Exploitation narrative is obviously attractive to people looking for a political career. It says that some helpless group -- the workers, for example -- are suffering from injustice or oppression. They are not getting their just deserts. So the radical suit or community organizer organizes them to fight for a political solution to their problem, and take what is rightfully theirs. Barack Obama did that for a couple of years, organizing the laid-off steelworkers in South Chicago’ http://www.americanthinker.com/2012/08/2016_obamas_america_or_romneys.html#.UD5KYbuvpI5.twitter
"2016: Obama's America" expanding into 1,800 theaters http://ca.news.yahoo.com/2016-obamas-america-expanding-1-800-theaters-185544068.html 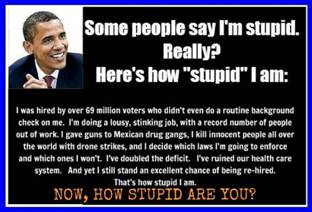