BARACK OBAMA NOT SO COOL 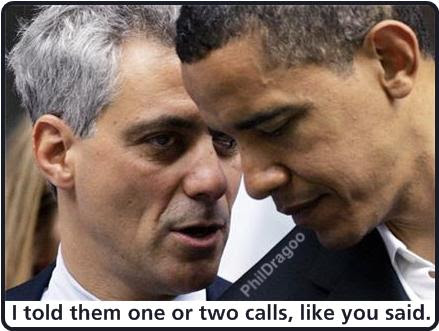 "Barack Obama is on the phone screaming at me." There's a lot of new, fresh, eye-opening anecdotes in this long article on Obama as a state legislator by Todd Spivak of the Houston Press. But in light of today's story of Obama's near-physical altercation, this anecdote of Obama's temper is interesting: It's not quite eight in the morning and Barack Obama is on the phone screaming at me. He liked the story I wrote about him a couple weeks ago, but not this garbage. Months earlier, a reporter friend told me she overheard Obama call me an asshole at a political fund-raiser. Now here he is blasting me from hundreds of miles away for a story that just went online but hasn't yet hit local newsstands. It's the first time I ever heard him yell, and I'm trembling as I set down the phone. I sit frozen at my desk for several minutes, stunned... In a follow-up report published a couple weeks later, I wrote about these disgruntled black legislators and the central role Senate President Emil Jones played in Obama's revived political life. 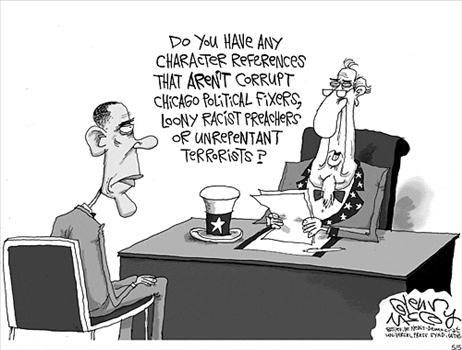 The morning after the story was posted online, I arrived early at my new offices. I hadn't taken my coat off when the phone rang. It was Obama. The article began, "It can be painful to hear Ivy League-bred Barack Obama talk jive." 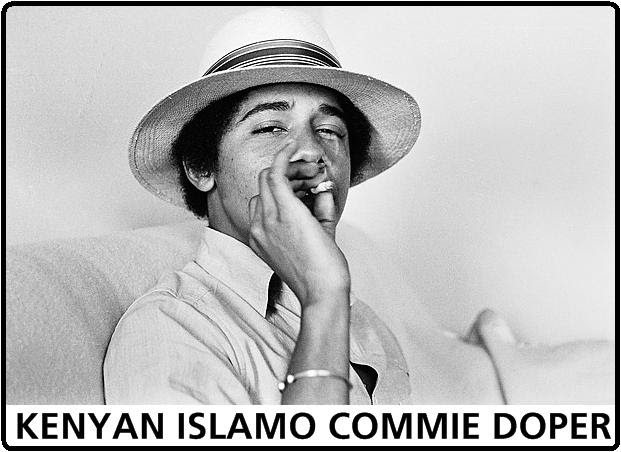 Obama told me he doesn't speak jive, that he doesn't say the words "homeboy" or "peeps." It seemed so silly; I thought for sure he was joking. He wasn't. He said the black legislators I cited in the story were off-base, and that they couldn't have gotten the bills passed without him. I started to speak, and he shouted me down. He said he liked the other story I wrote. I asked if there was anything factually inaccurate about the latest story.

Frank D?
He repeated that his former colleagues couldn't have passed the bills without him. He asked why I wrote this story, then cut me off when I started to answer. He said he should have been given a chance to respond. I told him I had requested an interview through his communications director. He said I should have called his cell phone. I reminded him that he had asked me months ago to stop calling his cell phone due to his busier schedule. 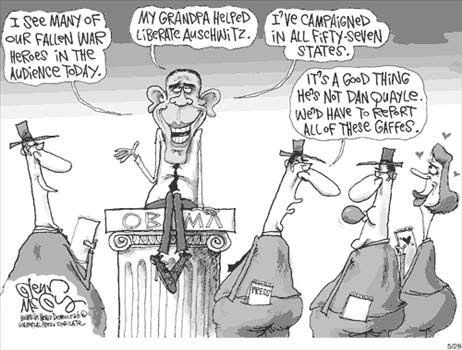 He said again that I should have called his cell phone. Today I no longer have Obama's cell phone number. I submitted two formal requests to interview Obama for this story through his Web site, but have not heard back. I also e-mailed interview requests to three of his top staffers, but none responded. Maybe he'll call the day after this story runs. I'll get to the office early just in case. And this time I'll have my recorder ready. Again, my point from the earlier post stands. I don't think Obama is a hothead, or flies off the handle with any degree of frequency. It's entirely possible - nay, likely - that many of us, in Obama's shoes, would want to take a swing at state legislator Rickey Hendon as well. 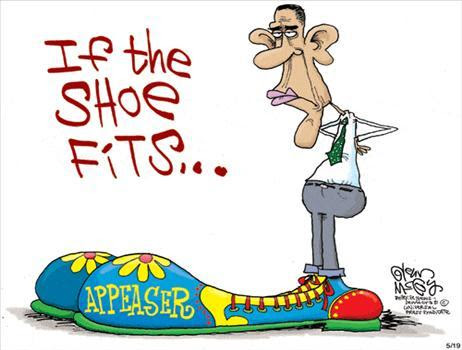 But the Washington Post did a front page story on McCain's temper, leading with an anecdote of Bob Kerrey breaking up a near-fight between McCain and Sen. Chuck Grassley in 1992. Too bad Bob Kerrey says the account is false, that Grassley and McCain worked out the emotional issue at hand among themselves, and that the Post never contacted him. In Mendell's book, we find a near mirror-image of that McCain temper anecdote. The book has been in print since last year, and no major media organization has found the story of Obama "ready to throw punches" worth mentioning. The image of an angry Obama being restrained by others doesn't mesh well with the smooth, calm, confident, always-at-ease, ready-for-the-moment image we're being sold.

I suppose I shouldn't be surprised that Obama's fans in the press want to avert their eyes. 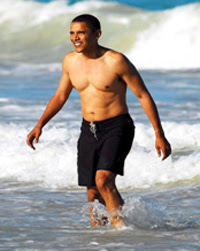 AND FOR THOSE WHO BELIEVE HIS PROMISES 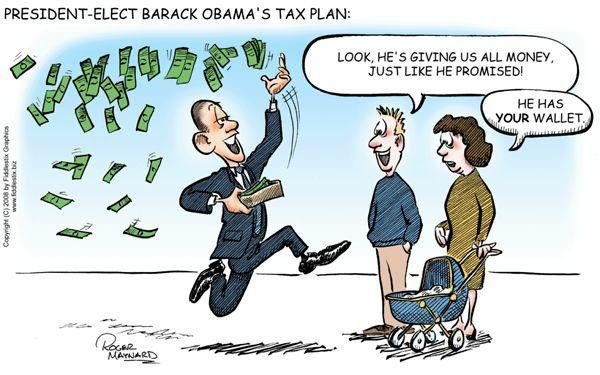 AS FOR HIS WAR ON TERROR TOGETHER WITH HONORARY AYATOLLAH BIDEN 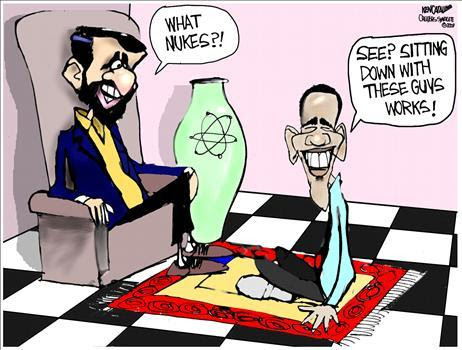 AND WITH SOME 20 LAWSUITS PENDING AGAINST HIM,

A COUPLE OR SO WITH THE SUPREME COURT

THIS MAY NEVER HAPPEN 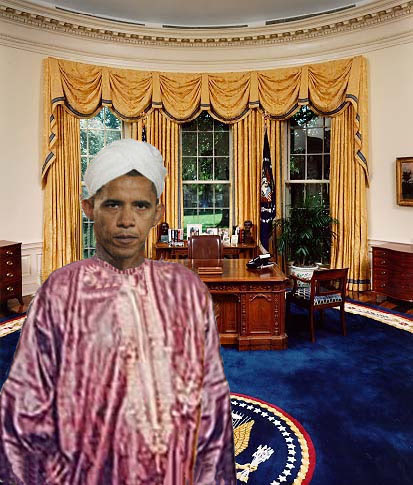 I WAS BROKE SEVEN YEARS AGO
"After I had lost my congressional race I had been running on broke and I got talked into going to Los Angeles. I got to the airport and I tried to use my card but it was declined," Obama said. "That was only seven years ago," he said. "It's not that far from being normal, that's my point."
NOW I AM WORTH MILLIONS!
And vacationing in a $3,500 a night spot in Hawaii
(Merry Christmas Suckers, whom I told to hang in there financially)
In my Christmas Message to my worshipers.

MONEY FROM DOING WHAT?

Selling books you never wrote and were created to launder
money for you?

Don't you really mean from Soros, Saudi Arabia as well as Islamic and Communist

Maybe you should go back to; 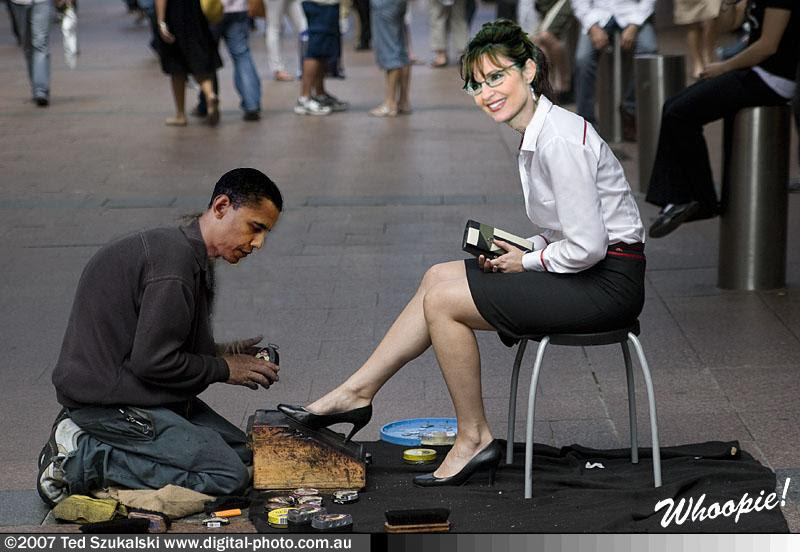