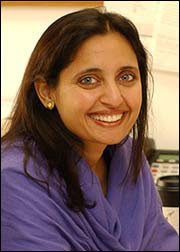 SHE WORKS FOR GOOGLE, WHICH APPEARS TO HAVE SET UP A TRIAGE OR FILTER OF WHERE BLOGS OR ARTICLES APPEAR ON GOOGLE SEARCHES SO THAT THEY CAN BE "restricted" AND NOT APPEAR NEAR THE TOP IF SOMEONE AT GOOGLE DECIDES THEY WANT TO BURY THEM.

IS THIS WHY FOR A WHILE GOOGLE SEARCHES HAD OBAMA ARTICLES "DISAPPEAR" IF THEY WERE LESS THAN POSITIVE?

IS THIS WHY FOR SOME TIME ANTI-JIHADIST ISLAMIC OR ANTI-ISLAMIC IRAN'S CLERICS ARTICLES NO LONGER SHOWED UP NEAR THE TOP WHERE THEY HAD ALWAYS BEEN?

GOOGLE'S POWER HAS ALWAYS BEEN THERE, EVEN-HANDED AND PROVIDING THE GOOD AND THE BAD AND LETTING THE PIECES FALL WHERE THEY MIGHT.

SOME MONTHS AGO THIS CHANGED NOTICEABLY, SPECIALLY WITH OBAMA AND ISLAMISM RELATED ARTICLES. BLOG STATISTICS SHOW AND SUPPORT THIS OPINION.

EXCEPT IN EXTENT WHAT IS DIFFERENT IN THIS THAN THE CENSORSHIP TO BE FOUND IN IRAN, WHERE ANOTHER NEWSPAPER WAS CLOSED DOWN YESTERDAY, BECAUSE SOMEONE DID NOT LIKE WHAT THEY PRINTED?

GOOGLE, PLEASE RECONSIDER AND REMOVE THE "PERSONAL POLITICS" OF THOSE IN YOUR ORGANIZATION FROM YOUR POLICIES AND SOFTWARE TO AVOID THIS KIND OF TANTAMOUNT CENSORSHIP OF A FORUM PREVIOUSLY KNOWN AND RESPECTED AND ENJOYED FOR FREEDOM OF SPEECH AND OPINION.

A transition team advisor to President-elect Barack Hussein Obama, Jr. is a member of a radical foreign political party, Vishva Hindu Parishad (VHP), a group which seeks to expel Christianity and Christians from Indian society.

Sonal Shah, an employee of Google, Inc., the search engine developer, in Silicon Valley, is a former leading policy maker for VHP, serving on the party’s governing council.

The VHP is an international Hindu organization that is part of Sangh Parivar, the Indian nationalist movement organized around Hindutva, or Hindu nationalism.

VHP has been condemned by the nonprofit group Human Rights Watch and the U.S. State Department for its role in the 2002 violence in the northwestern state of Gujarat that killed more than 1,000 people.

Exposed by the press earlier this month, Shah issued a statement renouncing the VHP.

But, as recently as 2004, Shah made a speech for the party in which she denounced “the hypocrisy of the Western way of life,” and called for a return to a simple, agrarian way of living, as in the ancient world.

Which is an interesting, if paradoxical, statement for someone who works for one of the world’s leading high tech companies to make. But, such is Obamunism.

On Dec. 5, a coalition of more than 60 U.S. academics, many working in South Asian-related fields, sent a letter to Obama expressing their concern over Shah’s appointment and the increasing influence of Hindu nationalism in America.

Alan note: Hindu nationalism has nothing wrong with it until it becomes an anti-Western activism, where the rise of it comes from climbing over the destroyed shoulders or bodies of the host country.

Indians are a highly intelligent people with a high level of technical skills and abilities, so it's sad that they should be represented or misrepresented by someone who is so radical and set to support a still politically unclarified person like Obama, the Mullahs or anyone else at such high cost - censorship of opposing views.

This story is a fabricated controversy, that is largely diaspora politics. Sonal Shah is a celebrated American civil servant, and has had no engagement with the politics or political issues of India. See more from sources that actually know her: