COULD NOT OR WOULD NOT 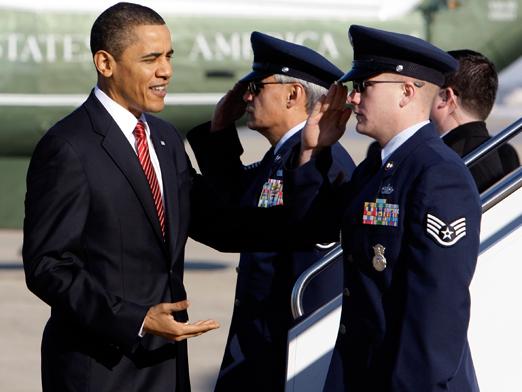 As the first family made their way from Marine One to Air Force One Thursday morning to board the nine-hour light to Hawaii, FLOTUS, Malia and Sasha boarded the plan first, while Obama chatted with some of the Air Force men and women who greeted him on the tarmac.


POTUS tried to shake the hand of one of them, at the foot of AF1 stairs, but the airman either wouldn’t or couldn’t let go of the salute.

Also spotted boarding Air Force One, NSC chief of staff Denis McDonough and what appeared to be his family.
Posted by Alan Peters at 1:20 PM