The Obama House Christmas tree reportedly has a few controversial ornaments hanging on it for all Americans to view. An ornamental tribute to Mao Zedong, the late Chinese dictator is on the tree. Hedda Lettuce, a drag queen also has a place on the White House tree. The latest fiasco is the Great Christmas Ornament Scandal.

Triple hyphenated Marxist-Islamist, Oba-Hussein-Khomeini has fled Washington D.C. on  a vaction that in this RECESSION not only costs us, the taxpayers, the equivalent of an average employee's TWO YEAR salary earnings for Oba-Hussein's TWO WEEKS but also AVOIDS his having to publicly attend religious services with the full press corps in attendance. He has still not chosen a Christian church to attend regularly.

Not surprising when almost all his actions and policies point to his Moslem and Communist upbringing, ASSOCIATIONS and indoctrination.

Enquiring minds point to his giving (International Police) "Interpol" TOTAL diplomatic immunity - TO PUT ANY INFORMATION IN FILES THEY HAVE ON HIM OUT OF REACH? Unable to destroy these files, he has found a way to put them out of reach of Congress or US law enforcement.

Their files would have gathered information from many countries on Oba-Hussein AND HIS FAMILY  over decades and could prove him ineligible for the US Presidency. Remember his Kenyan family were Communist-Islamist activists and would be on the Interpol radar. As would Oba-Hussein, who campaigned for these relatives. And there would be files on his mother and her associations and his name would come up in the files of his Communist and Islamist mentors and terrorist associates. 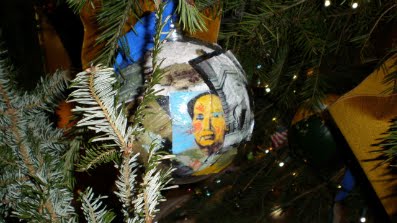