MUST READ AND VISIT VARIOUS LINKS SHOWN BELOW

From Albert "Al" Hendershot: There has been a development as it pertains to database records for and about Barack H Obama. As we well know I am the one who discovered the Harrison J Bounel alias.

Well, these records have been scrubbed from these databases as of yesterday. All other records are gone except the records belonging to the "chosen one".

BUT SCREENSHOTS STILL EXIST ON THE INTERNET!


2) Barack Obama’s mansion moved through a trust company called Northern Trust, and has had six (6) different property identification numbers. All real estate is supposed to have only one (1) PIN. Someone was trying very hard to conceal the train of ownership of Obama’s Illinois mansion.


4) Evidently, Barack Obama, using the false identity “Harrison J. Bounel”, secured a loan and then “skipped” - i.e., disappeared with the intention of never paying the loan back.

From Carl Swensson: Spent yesterday with a credit investigator (skip tracer) who has very highly specialized search software available to only those in the business and highly protected…


In March of this year he was doing a lookup of BHO’s SSN number and came up with this anomaly. Harrison J. Bounel kept showing up as living at the “O’s” and using the same SSN # ???? Also showed up as a relative of Michelle’s? 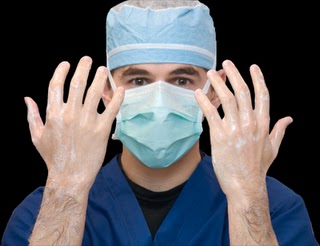 As of yesterday, the same search yielded no reference to Bounel so here we go again, records scrubbed. This Gentleman (Albert) is working with Jerome Corsi to get this and some really damning evidence concerning tax evasion on the Chicago address of the Obama’s residence (can we say Capone) out to as many as possible.

Orly had one such investigator working, early on, with the SS numbers but I’m not sure if she tied that together with the voter fraud documents which show multiple fictitious and famous characters living at the addresses of all these BHO residences associated with that CN SSN from across the country. I now have copies of that as well. Anybody here live in Arkansas? Have some interesting leads for you.

I know that name (Bounel) has appeared before but the significance now is that it is being scrubbed as people like Albert find pockets of this info still out there in the virtual world.

I do hope Jerome and Albert can put the pieces of the tax fraud puzzle together in a way that’s easily understandable for the masses to understand. Good luck with that as Cook County, IL is an absolute cesspool of political corruption and does an absolutely excellent job of hiding underhanded political dealings involving land and taxes.

Key here is that sliver of land Rezko turned over to the Trust Co. that owned Michelle’s/Barry’s Chicago residence at 5046 S. Greenwood Ave that has every appearance of having avoided any taxes being paid on it. That and the fact that on the Obama’s 2009 tax return it shows taxes paid on real estate when, according to records, they owned NONE.


http://obamareleaseyourrecords.blogspot.com/2011/05/plot-thickens-debt-collector-obamas.html
Posted by Alan Peters at 12:25 AM